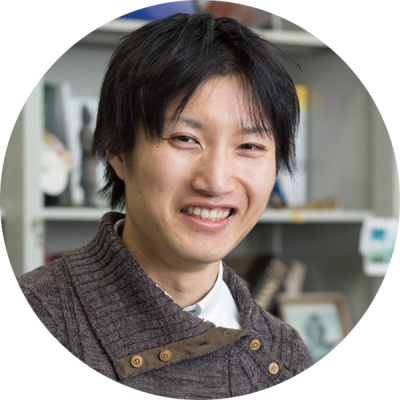 
Our brains encode information by using electrical signals (action potentials or spikes) within neurons, which then act at a circuit level to generate behavior. Neural coding is the study of how these spikes encode information, and can be broadly classified into “rate” and “temporal” coding. Rate coding refers to the simple idea that changes in the frequency of spiking carry information. In contrast, temporal coding is a concept that argues the temporal structure of spike sequence represents information. While temporal codes have been observed in a variety of systems, whether temporal codes alone are sufficient to drive behavior is controversial, and the molecular mechanisms underlying temporal codes are poorly defined. In Mark Wu’s lab at Johns Hopkins, I studied Drosophila circadian clock neurons and showed that their temporal pattern of firing directly controls sleep quality. Using genetic approaches, I also delineated the molecular mechanisms underlying these clock-driven spiking patterns. Surprisingly, my work also revealed that these temporal pattern codes can themselves trigger synaptic plasticity, the first time this has ever been shown.

I am truly honored to receive the Daniel Nathans Young Investigator Award, and have always deeply respected Dr. Nathans for his fundamental contributions to molecular biology. In fact, as you may know, each floor of the Ashland parking garage is named after a famous Hopkins researcher or clinician, and I have always parked my car on the seventh floor of the Ashland parking garage — the “Daniel Nathans” level — because of my admiration for him! On a professional level, receiving this award gives me the confidence to continue tackling the challenging scientific problems that interest me.

First, science is a team effort, and I truly believe that my amazing collaborators were a major reason for my project’s success. I particularly want to thank Mark Wu for his outstanding mentorship. I also thank Kechen Zhang and Joe Monaco (in the Department of Biomedical Engineering) for their beautiful neurocomputational modeling, Sha Liu and Qili Liu (who were in the Wu lab and now have their own labs at the VIB and the University of California, San Francisco), and Grace Duan and Ben Bell, who also contributed significantly to the project. Second, these temporal codes are quite challenging to study, and so I believe that my focus on using the most rigorous experimental methods, combined with careful and patient observation, helped as well.

I have had an amazing time in the Wu Lab and at Johns Hopkins — it’s hard to pick just one moment. But collectively, I think it’s been the fantastic scientific discussions that I’ve had with my labmates and my mentor Mark that have inspired me and fueled my passion for doing exciting (and sometimes crazy) experiments.

In my free time, I really love fishing (mainly freshwater trout, bass and pickerel). I have more than 30 fishing rods (each rod has its own special purpose). I think that my experiences in fishing are in some ways similar to and beneficial for my science. Both require long-lasting persistence in the face of nothing happening, and both significantly benefit from great technical skill. Surprisingly, despite its reputation for being a relaxing activity where you can turn off your mind, I find fishing to be a very cognitively intense process (although still very relaxing).