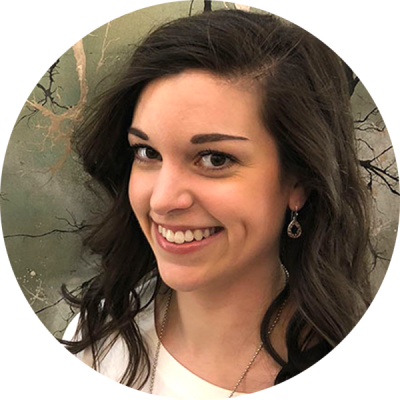 
As a postdoctoral fellow in the lab of Jeffrey Rothstein, I am studying how alterations in the composition and function of the nuclear pore complex (NPC) contribute to neurodegenerative disease pathogenesis, specifically in Amyotrophic Lateral Sclerosis (ALS) and Frontotemporal Dementia (FTD). The NPC critically governs multiple cellular processes including gene expression and the transport of macromolecules between the nucleus and cytoplasm. It is a large, highly organized protein complex consisting of multiple copies of ~30 different nucleoporin proteins. Although the majority of these nucleoporin molecules exist within this complex, a subset have additional roles within the nucleus or cytoplasm as individual proteins. While many studies in the field using artificial overexpression disease model systems have reported cytoplasmic accumulations of a small subset of these nucleoporins, there exists a critical need to evaluate whether or not these proteins are altered within the NPC structure itself. Using super resolution microcopy and human induced pluripotent stem cell-derived neurons, my work has now addressed this gap in knowledge in human neurons from patients with the most common genetic form of ALS. Moreover, I have identified the nucleoporin POM121 as the critical initiator of a pathological cascade impacting NPC composition, function and downstream neuronal survival. Collectively, my work advances our knowledge of human neuronal NPC biology in health and disease and identifies compositional changes to the NPC as an early event in ALS pathogenesis.

Why did you choose Johns Hopkins for your work? The groundbreaking basic and translational research and collaborative environment at The Johns Hopkins University made it an easy choice for my postdoctoral training. In addition, Jeffrey Rothstein is a world-renowned ALS researcher and clinician. Being a member of his lab and the broader Johns Hopkins community has afforded me every opportunity to excel in my path toward becoming an independent research scientist. What does receiving this award mean to you personally and professionally? Do you have any connection with the particular award you received? It is a great honor to be the recipient of The Daniel Nathans Research Award. It is extremely motivating to be recognized for this award and be a part of the community of its past recipients. What contributed to your project's success? My mentor, Jeffrey Rothstein, has been the key to my success and inspiration throughout my postdoctoral training thus far. He has fostered my independence scientifically and professionally while always being available to discuss new findings. His excitement over new data is truly motivating. Moreover, the opportunities he has provided me for scientific collaborations have continued to foster my excitement and curiosity. What thoughts do you have about Young Investigators’ Day itself, as a celebration of the roles students and fellows play in research at Johns Hopkins? I am excited to learn about the work of the other awardees as these awards highlight our collective research contributions. It is a great opportunity to bring together young scientists from multiple fields at Johns Hopkins to build networks. What has been your best/most memorable experience while at Johns Hopkins? My most memorable moment thus far has been the opportunity to freely explore my scientific curiosity and present my work at multiple scientific conferences via oral and poster presentations. Due in large part to the mentorship of Jeffrey Rothstein, I was awarded the ALS Association’s Milton Safenowitz Postdoctoral Fellowship for two years of my training. Together, these opportunities have led to a significant advancement of the biology underlying ALS pathogenesis, and I hope my research may one day translate into new therapeutic strategies. What are your plans over the next year or so? Within the next few years, I plan to continue my current research investigating the role of the NPC in neurodegenerative disease pathogenesis before applying for independent faculty positions. Tell us something interesting about yourself. I grew up in Maine and went to college at Springfield College in Massachusetts. I then went on to do my doctoral training at the University of Arizona, where I used a fly model to study the molecular mechanisms underlying ALS. In my free time, I enjoy hiking, traveling, and spending time with family and friends.