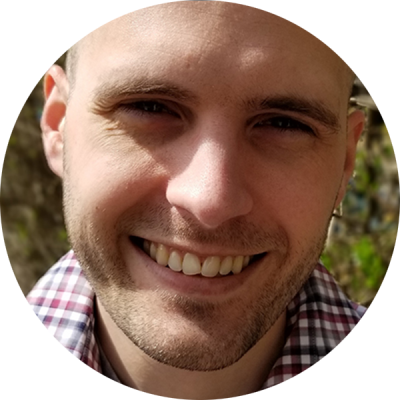 
Human DNA is packaged into the protein-DNA complex called chromatin. The minimal organizational unit of chromatin is the nucleosome, which is composed of a core of histone proteins wrapped by DNA. Cells decide which genes are turned on and off, using a complex network of covalent modifications on histone proteins. Inappropriate attachment of histone modifications can cause genes to be turned on when they should be turned off instead, which can lead to a variety of human diseases, such as cancer. For my research, in the lab of Dr. Cynthia Wolberger, I determined the three-dimensional structures of two important enzymes, called Dot1L and COMPASS, bound to nucleosomes. Both Dot1L and COMPASS attach methyl groups to histones, and dysregulation of these enzymes can lead to cancer in humans. My structures revealed how Dot1L and COMPASS interact with the nucleosome to attach methyl groups and how these enzymes are activated by another histone mark, called ubiquitin. My findings answered long-standing questions in the chromatin field about how these enzymes are regulated and opened up new avenues for drug discovery that are currently being pursued in the Wolberger lab.

Why did you choose Johns Hopkins for your work? I did my graduate research at a University that did not have a medical school, so I chose Johns Hopkins, in part, because I felt that I would have more opportunities to interface with clinical researchers. I had also known about Dr. Wolberger’s research long before coming to Hopkins and wanted to gain experience in her lab during my postdoc. What does receiving this award mean to you personally and professionally? Do you have any connection with the particular award you received? Being chosen to receive the Paul Ehrlich Award is a huge honor, and it is humbling to receive an award named for such an early pioneer in the targeted use of chemicals to treat specific diseases. We often take the idea that specific chemicals can be used to treat disease for granted, but since my own research has opened up new avenues for drug discovery, I do feel a connection to Dr. Ehrlich’s work. What contributed to your project's success? My project would not have been possible without technical advances in cryo-electron microscopy (cryo-EM), which enable researchers to determine the 3D structures of proteins by aligning thousands images taken on an electron microscope. My project was successful because I was able to use the cryo-EM facilities at Johns Hopkins and at the National Cancer Institute to collect my data. What thoughts do you have about Young Investigators’ Day itself, as a celebration of the roles students and fellows play in research at Johns Hopkins? I think that it is so important to celebrate the accomplishments of the researchers who are responsible for actually doing the research. The Young Investigators’ Day program is an excellent way for people from all over Johns Hopkins to get celebrated for their research accomplishments and share their ideas with researchers who might not otherwise hear about their work. What has been your best/most memorable experience while at Johns Hopkins? Every time I determine a new protein structure, there is a memorable “ah-ha!” moment, when the underlying biology begins to become clear. At Hopkins, my most memorable moment was when the 3D structure of Dot1L started to resolve. What are your plans over the next year or so? I am planning to apply for faculty positions in the next year or so. I am hoping that I’ll be able to run my own research lab in the future. Tell us something interesting about yourself. I won a National Potato Council scholarship in college, and, as a result. I got to help fly the "Mr. Potato Head" balloon in the Macy’s Thanksgiving Day parade.