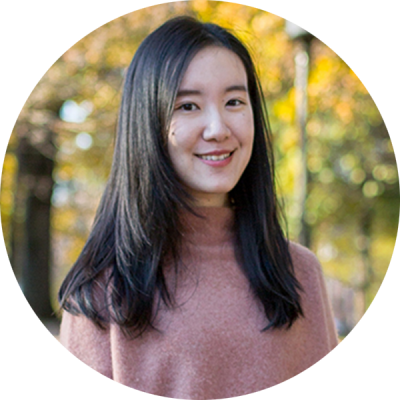 
In King-Wai Yau’s lab, I study the phototransduction mechanisms of intrinsically photosensitive retinal ganglion cells (ipRGCs). Photoreceptors generally have a specialized photosensitive compartment derived from a modified cilium or microvilli, and are classified as being either rhabdomeric (microvillous) or ciliary. The corresponding phototransduction mechanism, although often varied in details, follows the morphology and is either PLC- or cyclic-nucleotide-mediated. Unlike most photoreceptors, ipRGCs show no signs of a microvillous (rhabdomeric) or ciliary photosensitive compartment. Previous work from our lab showed a PLC-mediated pathway in M1-ipRGCs. The question remains whether other ipRGC subtypes have the same phototransduction mechanism. My colleague and I revealed a new phototransduction pathway in M2- and M4-ipRGCs mediated by cyclic nucleotide and HCN channels. The coexistence of both PLC- and cyclic-nucleotide-mediated pathways in a given M2-ipRGC breaks a dogma about the general segregation of the two phototransduction motifs in different cells, although a copresence has been postulated previously by some developmental biologists to exist at the beginning of photoreceptor evolution. More interestingly, the specific second messenger is cAMP, instead of being cGMP as found for nearly all ciliary phototransduction mechanisms across the animal kingdom except jellyfish (an evolutionarily ancient species). These findings suggest ipRGCs are an extant ancestral photoreceptor.

Why did you choose Johns Hopkins for your work? I have been fascinated by neuroscience since I was a sophomore. With one of the best neuroscience programs in the world, Johns Hopkins became my dream school. After visiting Johns Hopkins during my interview, I was also impressed by the collaborative and friendly environment here besides the cutting-edge science. Since then, I believed it would be a great place for my Ph.D. training. What does receiving this award mean to you personally and professionally? Do you have any connection with the particular award you received? It is my great honor to be chosen for the Alicia Showalter Reynolds Award. This is a milestone in my research career as my Ph.D. thesis work gets recognized. One of my advisor’s previous students (Chih-Ying Su) got the same award in 2006. She is now an assistant professor at UCSD. I will look up to her as my role model and continue my journey in science. What contributed to your project's success? I am very grateful to have King-Wai Yau, Ph.D., as my Ph.D. advisor. Yau’s comprehensive training and patient guidance are indispensable for my project’s success. In the Yau lab, I am honored to work with a small group of intelligent and skilled people. We share ideas, comment on each other’s projects and support each other. I also would like to thank my family and friends, who always believe in me unconditionally. What thoughts do you have about Young Investigators’ Day itself, as a celebration of the roles students and fellows play in research at Johns Hopkins? It is a great opportunity to see many fantastic works from fellow students and fellows. I am looking forward to sharing my science with other people and receiving feedback on my own project. What has been your best/most memorable experience while at Johns Hopkins? In my thesis project, one important experiment is to directly prove the production of cyclic nucleotides in the intrinsic phototransduction pathway of M4-ipRGCs using heterologous CNG channels via AAV. Starting from learning how to do cloning, I eventually did patch-clamp recording on the viral infected ipRGCs and saw the fast CNG currents on top of their slow intrinsic light response after more than a year of trial and error. The moment I saw the CNG current is no doubt the most memorable experience during my Ph.D. training at Johns Hopkins. What are your plans over the next year or so? I am graduating and looking for postdoctoral positions to continue my research career. Tell us something interesting about yourself. I love painting and photography. I hope one day I can do something to combine science and art.