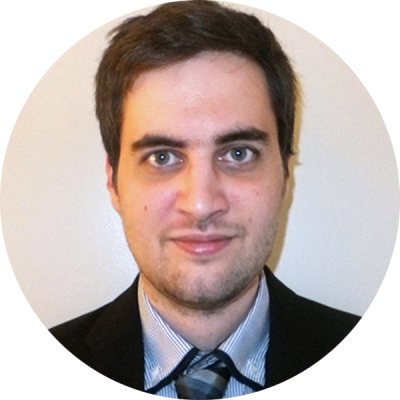 
In the lab of Dr. Alexis Battle, we analyzed genetic data from over 400,000 individuals and discovered a new area of the genome that is associated with the development of clinical heart failure. We then confirmed that finding in an independent cohort of over a million participants.

The novel DNA region had a previously unknown function, so we employed several computational algorithms to combine a series of other genetic data (gene expression, epigenetic regulation and 3D-DNA folding information) and predicted that the novel region affects the expression of a nearby structural gene, known as ACTN2. We then confirmed that prediction with direct genome editing, using CRISPR/Cas9 in differentiated cardiomyocytes. The discovery is important, as it increases our understanding of heart failure pathogenesis and could, in the future, be used to identify people at risk or to develop novel therapies for the disease.

Why did you choose Johns Hopkins for your work? Hopkins is a world-leading institution for cardiovascular disease and genomics research. The impressive research opportunities and highly collaborative environment make Hopkins a fantastic place for any aspiring physician scientist. What does receiving this award mean to you personally and professionally? Do you have any connection with the particular award you received? Receiving the Physician Scientist Award is a great honor. I strive to become an independent investigator in cardiovascular genomics, and this award is an important recognition of my work towards that goal. What contributed to your project's success? The incredible mentorship and support by Dr. Battle. The advice and guidance by my co-mentor, Dr. Wendy Post, and the tremendous team of collaborators from JHU and elsewhere — without whom this work would not have been possible. What thoughts do you have about Young Investigators’ Day itself, as a celebration of the roles students and fellows play in research at Johns Hopkins? I think it is an important initiative and a celebration of the amazing research performed by trainees in our institution. What has been your best/most memorable experience while at Johns Hopkins? Taking care of the sickest patients in our cardiac care unit —working alongside Dr. Steven Schulman, one of the most impressive clinicians I’ve ever had the privilege to meet. What are your plans over the next year or so? Starting in July, I will be chief cardiology fellow at Johns Hopkins, starting in July and will subsequently be looking for a faculty position for the following year. Tell us something interesting about yourself. I am from Greece, and I love spending vacation time there once a year with my wife and family.