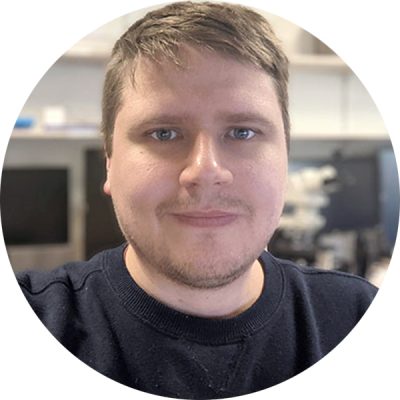 
The work describes how early pancreatic precursor lesions (intraductal papillary mucinous neoplasms, or IPMNs) evolve, gather more and more mutations, and become pancreatic cancers. We demonstrated that certain lesions, often found in association with pancreatic cancers, are indeed the precursor to invasive disease. We also showed that mutations in genes associated with the TGF-beta pathway like SMAD4 and TGFBR2 were often mutated at the moment the precursor lesions transformed into cancer. This observation may impact how patients with IPMNs are treated. It is easy to detect these lesions with medical imaging. However, not everybody with such a precursor will develop cancer. Finding this mutation in i.e. DNA extracted from the fluid from these cysts can help decide whether these patients need surgery to remove the cyst. We also showed it takes around three years to develop cancer once you have a high-grade dysplastic precursor lesion: a window of opportunity to identify patients at risk for getting pancreatic cancer and treat them. I started the work in Laura Wood’s lab, where I did the wet lab work. However, I finished the analysis part in Victor Velculescu’s lab, where there was a lot of expertise on sequencing, analyzing and reconstructing phylogeny from very small neoplastic lesions.

Why did you choose Johns Hopkins for your work?

I was doing my pathology residency in Utrecht, the Netherlands, when an opportunity arose to do research at Johns Hopkins. My mentors from Utrecht, Johan Offerhaus and Lodewijk Brosens, have sent many fellows before me and have established an unofficial exchange program, although the exchange goes only one way. So, even though I didn’t choose Johns Hopkins myself, I’m still very happy I came here.

I’m honored to receive the Albert Lehninger award. I’m also excited to find out what this award will mean for my future. I know that Dr. Lehninger was a great biochemist. I, on the contrary, was not a high flyer in biochemistry during medical school. So, I don’t really have a connection there. My wife, who I met at Hopkins, did her undergrad at the University of Wisconsin, Madison and later came to Hopkins, a path similar to Dr. Lehninger’s, who did his Ph.D. at UW Madison and later also came to Hopkins (a really far-fetched connection).

What contributed to your project’s success?

I’m glad that I already trained for a couple of years in pathology: It allowed me to recognize the precursor lesions and the invasive cells in the tissue slides during laser capture microdissection. It also helped me to collaborate on many other projects, when other researchers needed tissue slides evaluated. I’m also very thankful for the guidance of Victor Velculescu and Laura Wood. I have learned a lot from their expertise and advice. Finally, my research was done on samples from patients who agreed to participate with this study. The patients came from multiple countries: U.S., Mexico, the Netherlands, Belgium, France, South Korea, Japan and Australia. I would like to thank all these patients, who contributed to this study during the battle they were fighting against pancreatic cancer.

What thoughts do you have about Young Investigators’ Day itself, as a celebration of the roles students and fellows play in research at Johns Hopkins?

It is a nice tradition. Students and fellows are getting an opportunity to present what they did and learn the important skill of marketing themselves. I also think it is important that people take ownership over their own project and carry it. The trainee often takes the highest risk when committing to a project. A failed project can diminish any prospects of an academic career for the trainee, while a PI often can bet on many different high-risk projects.

I feel like I got a sneak peek behind the curtain on how Johns Hopkins works. It is truly a concentration of some very interesting people: Some people are creative thinkers and problem-solvers, others can give great talks. There is no real definition of a scientist: Everybody fills that out their own way. Intellectually, I have really enjoyed the course “Great Experiments in Biology” from Jeremy Nathans. This course was an eye-opener: Dr. Nathans not only tries to explain how nature works, but he explains how we got to this understanding. I’m also glad I met Scott Kern, who is the definition of somebody who thinks differently and became a really great researcher. I think part of the historical success of Johns Hopkins lays in their courage to choose for people who were critical thinkers, who didn’t always agree with the thought leaders or “experts” of the moment and who were brave enough to come to their own conclusions, based on the evidence.

What are your plans over the next year or so?

I have decided to finish my pathology residency at the University of Utrecht, the Netherlands. Just aiming for a research position is risky business, and these positions are reserved for the happy few. There are so many other factors that influence these things, like meeting the right people who believe in you. I’m excited about the future, and I’m confident that I’ll be able explore and research my own ideas.

I was diagnosed with a cancer myself (Hodgkin lymphoma), a couple of weeks before I would go to Johns Hopkins. I had to postpone my itinerary for six months to undergo chemotherapy and radiation therapy. Initially, I was afraid to go to a doctor with my symptoms, fearing that the whole adventure would be canceled. But everything went well, and three days after my last negative PET scan, I was on a plane to BWI. The whole experience did change my perspective on life a bit. Before this, my ambitions were more “European-sized.” Now, I hope I can make some meaningful contributions, and I’m motivated to make life as interesting as possible: Life is short!