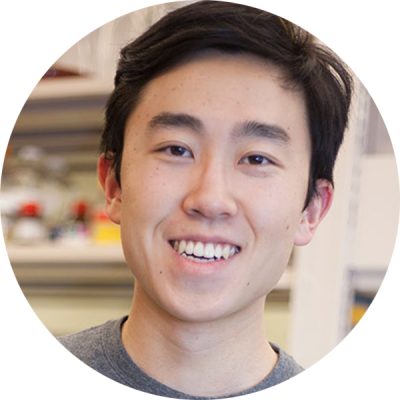 
CRISPR-Cas9 has catalyzed a biotechnological revolution through convenient and programmable genome editing. Cas9 itself, however, only performs the first step — site-directed induction of DNA damage. Completion of editing relies on the cell’s DNA repair machinery, which has been challenging to characterize due to the lack of control over DNA damage induction. In the laboratory of Taekjip Ha, we sought to tackle this problem by developing two systems for very fast light-mediated control over Cas9 activation and deactivation. First, we demonstrated Cas9 activation within seconds of light exposure, which allowed greatly improved kinetic measurements of DNA damage induction and repair. We discovered that Cas9-induced DNA damage could be detected within two minutes and repaired within 15 minutes, which is much faster than previously believed. Second, we demonstrated Cas9 deactivation within seconds of light exposure. Using this system, we discovered that only a few hours of CRISPR activity were sufficient for efficient genome editing. This system also greatly reduced editing at unintended “off-target” sites, which enhances the safety of genome editing. Together, my work in Dr. Ha’s lab opens the door for control of CRISPR-Cas9 as an effective method for studying genome editing and DNA repair.

Why did you choose Johns Hopkins for your work? I chose to pursue my M.D./Ph.D. training at Johns Hopkins first and foremost because of the warmth and camaraderie that is pervasive throughout this community. The atmosphere of energy and excellence not only pushes me to work my hardest, but also has made my experience here enjoyable and memorable. This is all, of course, on top of the incredible clinical training, collaborative research and unparalleled opportunities for making impactful scientific discoveries. What does receiving this award mean to you personally and professionally? Do you have any connection with the particular award you received? The Michael A. Shanoff Award has been awarded for over 30 years at Johns Hopkins, and I am aware of many of its former recipients and their distinguished careers as scientists and physician-scientists. It is truly an honor to be included in the same company as such talented individuals. This award further motivates me to carry on Dr. Shanoff’s legacy by pursuing a career as a physician-scientist. This award also represents to me the culmination of the sacrifices my immigrant parents made in order to provide me with the opportunity to receive a world-class education in the U.S. as well as the endless support my mentors, friends and colleagues have offered me along this journey. What contributed to your project's success? The key to this project’s success has been the people, two in particular. The first is my thesis advisor, Taekjip Ha. He has continually challenged me to think creatively and to tackle the big questions in science. He has been extremely supportive and provided the perfect amount of independence to pursue my scientific interests. Under Dr. Ha’s guidance, I have had the chance to hone and gain confidence in my skills as an independent scientist. The second is Yang Liu, a postdoctoral fellow in the lab, very close friend, and also a winner of a Young Investigators’ Day award. From the very start of graduate school, he took me under his wing and has taught me so much about the biomedical research process. As part of this team, I feel confident and excited to take on any challenge in research. My relationships with these two individuals remind me that the scientific enterprise is at its core a human enterprise, and the most important aspects of the scientific pursuit are our friends, colleagues and mentors. What thoughts do you have about Young Investigators’ Day itself, as a celebration of the roles students and fellows play in research at Johns Hopkins? There is incredible research at Johns Hopkins being done by fantastic students and mentors. Young Investigators’ Day celebrates these accomplishments, which are the culmination of years of hard work and dedication to the scientific pursuit. In addition, mentors are also recognized for their invaluable contributions to students’ successes. These students and fellows will be the future leaders of research who will represent their excellent training at Johns Hopkins for years to come. What has been your best/most memorable experience while at Johns Hopkins? So many come to mind. Competing in the College Olympics during my first two years of medical school. Learning how to interview my first patient with my wonderful clinical mentor, David Cooke. The few times during graduate school where experiments worked so beautifully that I couldn’t believe it. Many late nights working with my labmates tackling the big questions in science. What are your plans over the next year or so? I plan to defend my Ph.D. thesis in 2021 and return to medical school in the fall. Tell us something interesting about yourself. I have never lived in one place for more than six years, and my first time doing so will be for my M.D./Ph.D. training at Hopkins! I enjoy kayaking, recreational fishing, macrophotography and playing the piano.