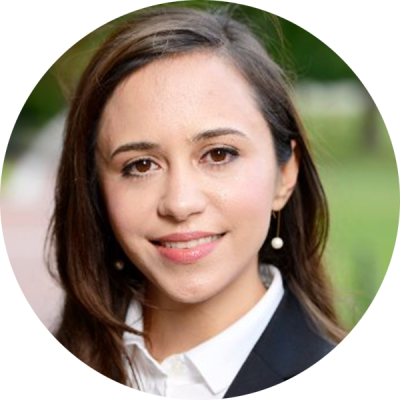 
In Takanari Inoue’s lab, we use cell biology techniques to parse the signals that regulate physiological processes such as cell division, movement and fusion. All these events are triggered by mechanical forces that arise from actin protein polymerization on the cell membrane. To understand the signaling circuit that regulates this force, for the first time in our lab we set out to probe the signaling molecules outside a living cell, where we had more experimental control. We embarked on bottom-up engineering of an artificial cell-like system that could mimic actin-induced force generation on its membrane in response to a chemical input. We fabricated cell-sized vesicles and in them we reconstituted the chemical sensing modules, and actin polymerization regulators. By fine-tuning the concentrations of the proteins and lipids, we achieved actin-induced forces that broke symmetry in response to the placement of artificial cells in a chemical gradient. We then tracked the protein modules in time and space, and realized a bistable, feedback behavior. Our platform bridged the gap between cell studies and the in vitro ones that lack the cells’ dimensionality and membrane considerations. This protocell could serve as a biomimetic device that is deployable in a cellular milieu for drug or gene delivery.

I am humbled that my Ph.D. efforts have been recognized, especially given that throughout my Ph.D. journey on occasion I was dissuaded by both scientific experts and friends from continuing on a project that was too ambitious and at risk of producing no positive data. This milestone has induced further excitement for me to take bold projects as a postdoctoral researcher and, hopefully, as an independent academic researcher.

What contributed to your project’s success?

The culmination of my research extends beyond myself. My adviser, Takanari Inoue, was the backbone of this project. He was patient during the initial years that I spent understanding and optimizing a platform that became the chassis for the proteins I assembled during the later years. He also connected me to scientific experts in Japan, France, Iowa and Johns Hopkins who all elevated the work with their comments or scientific contributions. I am also profoundly appreciative of my colleague, Hideaki Matsubayashi, who was a source of inspiration and injected excitement in the project. He deeply understood the intricacies of the experiments. We joined efforts in chasing a scientific dream and building a unique biomimetic system that was greater than the sum of what we could have achieved individually.

What thoughts do you have about Young Investigators’ Day itself, as a celebration of the roles students and fellows play in research at Johns Hopkins?

It is a befitting occasion to honor the legacy of Paul Talalay, world-renowned pharmacologist and founder of the Young Investigators’ Day program, who recently passed away. In the solitary state that we perform experiments as trainees, we doubt the impact of our endeavors from time to time. It is refreshing to see how one’s work fits within the grander mission of an institution that strives to improve human lives.

My brightest memories of Hopkins happened in dark rooms. A few months before leaving Hopkins, a fellow graduate student, Bedri Abubaker-Sharif, and I joined efforts and, through a series of synchronized setup manipulation trials, for the first time we accomplished administrating a rapamycin gradient with a needle microinjecter. Asymmetric actin polymers started emerging under the confocal microscope well into the early morning hours. The room was imbued with exclamations of awe and happiness!

What might be unique is my career transition from fidgeting with car parts to cellular parts, and also being raised with three brothers who made me feel “I belong” in the fields that were traditionally dominated by men. For leisure, I like reading and enjoy channeling my creativity through writing, graphics illustration and interior design.