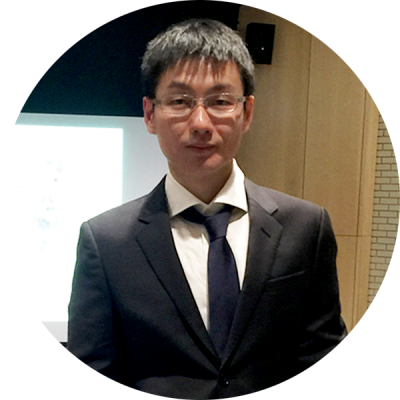 
Sound detected by a single auditory hair cell is relayed by 10-30 type I spiral ganglion neurons (SGNs), the primary sensory neurons of the auditory system, to the central nervous system. Although these neurons exhibit differences in spontaneous firing rates and activation thresholds, it is unclear whether the physiological diversity reflects their endogenous heterogeneities and whether they differentially process auditory information. In Ulrich Mueller’s lab, I demonstrated that type I SGNs consist of three molecularly distinct subtypes (named type IA, type IB and type IC), using single-cell RNA sequencing (scRNAseq). These three subtypes exhibit distinct innervation patterns and spontaneous firing rates. Moreover, these subtypes are specified postnatally in an activity-dependent manner. Deafness mutations that disrupt hair cell mechanotransduction and glutamatergic communications from hair cells to SGNs disrupt this SGN subtype specification. To further characterize the functional differences of SGN subtypes, I have generated CreERT2 mouse lines that specifically target the type IA and IC populations. Based on their physiological properties, the low spontaneous firing neurons with high activation thresholds are predicted to be dispensable for hearing sensitivity, but their large dynamic ranges are expected to play critical roles in hearing in noise. Consistently, silencing the type IC subtype significantly impaired hearing in a noisy environment, but not in quiet. Surprisingly, inhibition of the type IC population also affected frequency discrimination, suggesting previously unappreciated fundamental functional differences among SGN subtypes.

Why did you choose Johns Hopkins for your work? Johns Hopkins is a top-notch research institution with cutting-edge neuroscience labs and a collegial environment. What does receiving this award mean to you personally and professionally? Do you have any connection with the particular award you received? It is a great honor for me to receive the Young Investigators’ Day award again. I received the YID award during graduate study. It really means a lot to me both personally and professionally. What contributed to your project's success? Guidance from my mentor, Ulrich Mueller, Ph.D.; help from both inside my lab and outside; and of course, perseverance​, as for all research projects. What thoughts do you have about Young Investigators’ Day itself, as a celebration of the roles students and fellows play in research at Johns Hopkins? I think it’s a truly wonderful and motivating event for young investigators to see the exciting work of our peers celebrated. What has been your best/most memorable experience while at Johns Hopkins? My whole experience at Johns Hopkins has been really enjoyable and memorable. What are your plans over the next year or so? I’m looking for a faculty position and hope to start my own lab soon. Tell us something interesting about yourself. I met my wife during my graduate study here at Johns Hopkins.